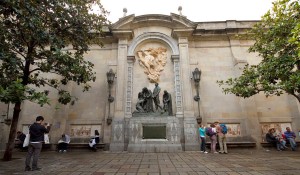 Monument to the heroes of 1809

It portrays five martyrs who were executed following an attempted uprising against the French troops during the occupation of Barcelona in 1808. 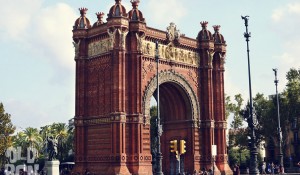 In 1888 Barcelona hosted the Universal Exhibition

The Arc de Triomf was built as the gateway to the fair which was held in the Parc de la Ciutadella. The monument is classical in shape and proportions and features ground-breaking sculptural and decorative finishes replete with symbolism. It has become one of the city's iconic landmarks. 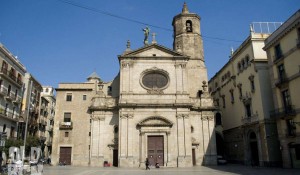 The Virgin of "la Mercè" -Our Lady of Mercy- has been the Patron Saint of the city of Barcelona since 1687. Her image, in gothic style, is venerated in the Basilica of Our Lady of Mercy

The Basilica of Our Lady of Mercy, known simply as Basilica de la Merced, is a baroque church in the plaza de la Merced, in the Gothic Quarter of Barcelona. It was built between 1765 and 1775, designed by catalan architect Josep Mas i Dordal. It is dedicated to the Virgen de la Merced as the patron of Barcelona, and is one of the most representative churches of the city. 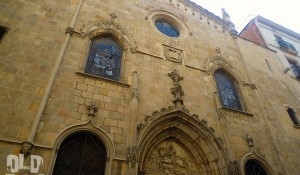 However, the site of the Sant Jaume Church was, for many centuries, the old synagogue of Barcelona. 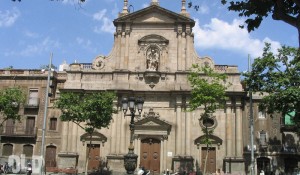 It is a baroque church, originally conceived as a temple of square plant

It was extended a century later, and that's when the structure was remodeled, becoming its plant in the typical structure of three ships with cruise and a second dome. 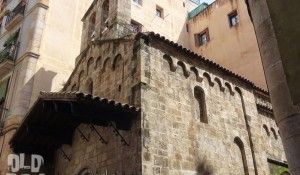 This chapel is one of the oldest in Barcelona, and one of the few intact examples of Romanesque in the city, the twelfth century

Chapel Marcus is one of the oldest in Barcelona, whose foundation next to a hospital and a cemetery is due to the powerful banker Bernat Marcús. 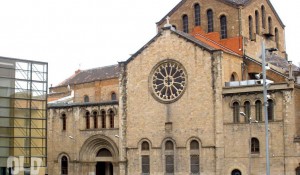 Pati Manning spaces of the old House of Charity of Barcelona, are occupied by the Centre for Cultural Studies and Resources (CERC) 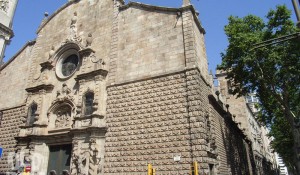 Baroque building, which suffered a fire in 1936

Only the Baroque facade, one nave basilica type and 10 side chapels remains. It was the first home of the Jesuits in Catalonia and was home to the largest college of the University. 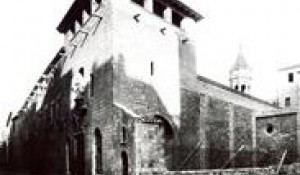 The Chapel of the former Hospital is housed in the monumental-style installations of the Hospital de la Santa Creu and la Casa de la Convalescència, and is a building catalogued as a Historic Monument of National Interest. 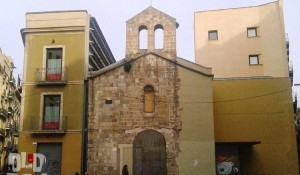 The Community of Sant'Egidio is responsible for this church

The church of Saint Lazarus is a Romanesque chapel which was part of a hospital located in this place between the twelfth and fifteenth. 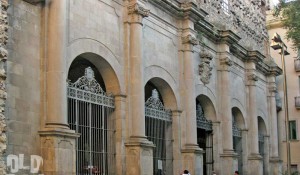 The first stone of the new convent of St. Augustine began 1728 and opened in 1750

In the nineteenth century it was marked by a series of incidents that negatively affected the community and its riches. The community had to leave. In 1835 he was burned, with the secularization became parish, function still has. 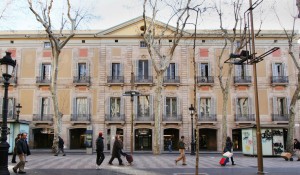 This palatial residence, built by the Marquises of Moja, was designed by the architect Josep Mas in a late Baroque style in which the influence of French Neo-Classicism can be seen

It was completed in 1784. Notable from this period are the facades and the Grand Salon, with paintings (1791) by Francesc Pla, known as El Vigatà.