Details about the district

The district of Ciutat Vella is bordered by the perimeter wall of the old city and geographically corresponds to the historic center of Barcelona. It covers an area of 449.4 hectares, and in 2017 had a population of 102.250 inhabitants and a density of 251.79 people per hectare.

Ciutat Vella is made up of four districts: the Raval, the Barceloneta, the Gòtic and the neighborhood comprised of San Pere, Santa Caterina and La Ribera, also known as the Borne. 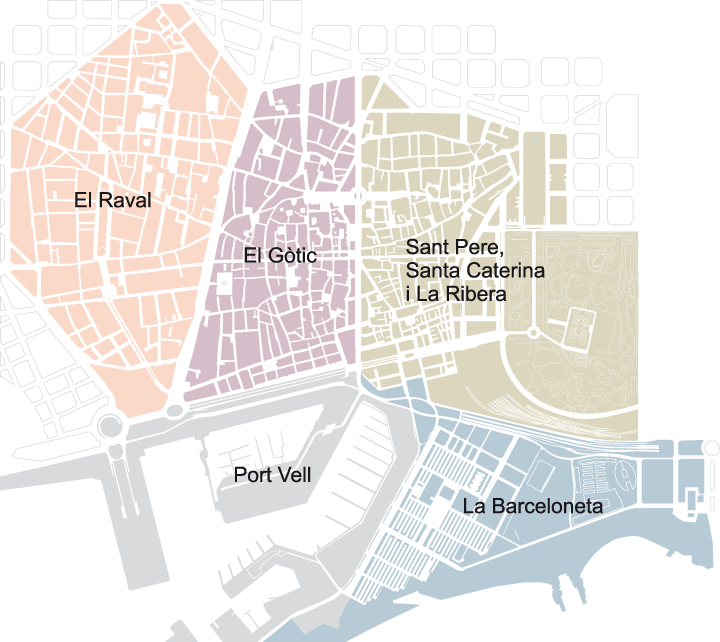