Discover the most emblematic buildings of internationally renowned architects 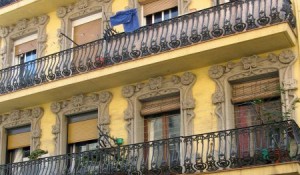 Here you will see floral motifs that frame the windows of the balconies. They are modernist ornaments, which dominates the curved line of stems and flowers that intertwine. 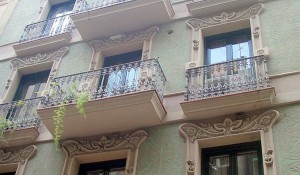 It is a beautiful house Josep Graner, who has been recently restored, revealing magnificent colorful graffiti.

Built around 1900, largely unchanged from the Magret home, at Atlantis, 47, also designed by Graner. 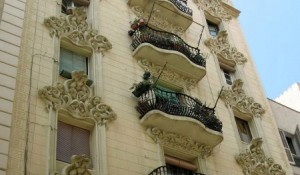 It is a modernist building built in 1910 by Domenec Boada, contemporary in time to the great modernist works of Gaudí, including Casa Mila or Pedrera.

The house consists of three distinct bodies and a main floor that features a corrugated run with an impressive wrought iron railing balcony. 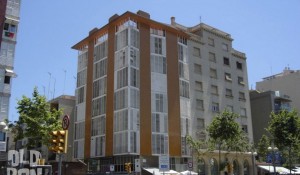 House of the Marina

This is a contemporary building, built between 1952 and 1954

Its author, Josep Antoni Coderch and his partner Manuel Valls, are two of the great figures of Barcelona's architectural rationalism. 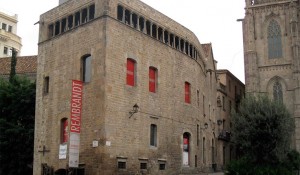 The House of Charity House is often called Canonja, because it was built on the site of the ancient Roman house attached to the wall where, until its dissolution in 1369, lived in the community of canons of the cathedral, under the rule St. Augustine.

The House of Charity House consists of two bodies of building. On the right, fronted headquarters and plan to lower front side of the Canonja, was built in the fifteenth century. It has three plants under a gable roof that has the ridge perpendicular to the main facade. 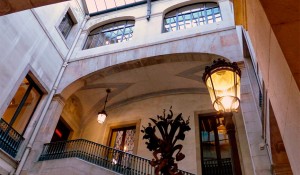 The Barcelona Athenaeum, an organization founded in 1872 as a result of the fusion of the "Centro Mercantil Barcelonés" and the "Ateneo Catalan", bought the house in 1904 Parellada, Savassona old palace, to set up its headquarters built in 1796 according to project of himself and Baron Savassona favorable report from the foreman Paul Mas. 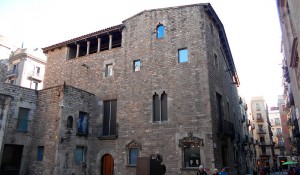 In 1930-31, during the foundation works carried out at the Plaça del Rei to build the house Padellàs, are remains of buildings of the ancient Roman colony.

Typical example of private Gothic palace, built in the late fifteenth century and early decades of the XVI. Merchants Street initially rose, but was moved to the Plaza del Rey (1930-1931) due to the opening of the via Laietana. 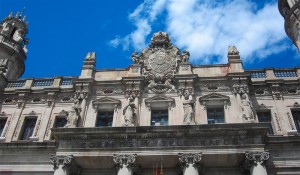 The building was designed in 1914 by architects and Goday Josep Casals and Jaume Torres Grau, winners of the tender that was held for the construction of the office building

It was not materialized until its construction between 1926 and 1928. The sculptural decoration of exteriors are by Pere Jou, Manuel Fuxà and Eusebio Arnau. The paintings of the central hall were the work of painters like beauty noucentista Francesc Galí, Josep Obiols, Labarta and Francesc Francesc Canyelles. 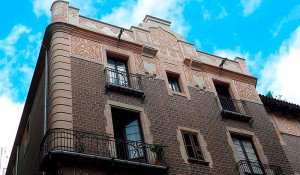 According to the documentation, the estate belonged since ancient times, the family Sant Climent, which showed the Marquis Ruby and was traditionally linked to the Consell de Cent, with its many of its members Chief Minister. 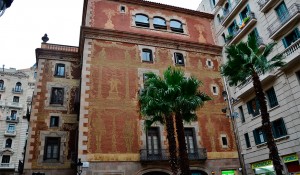 The headquarters of the Association of Art Major Silk, established in 1553 and commonly known as the Guild of Sailing (ie veils of silk weavers), was built between 1758 and 1763 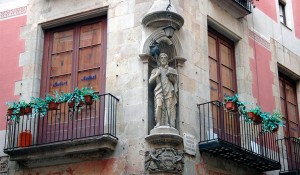 At this time the building was the headquarters of the guild Assaonadors, without having documented when they leave the building 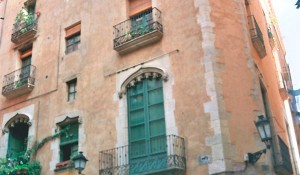 This house is of Gothic origin but was profoundly transformed the eighteenth, when it rose to the top floor and XIX

Know that 1344 was inhabited by the noble family of Romeo and in 1715 was acquired by John Puigxoriguer. Today it houses the Museum of Mammoth