In 1869, the demolition of the military citadel, built a century earlier by Philip V, was highly significant for a boom Barcelona with its sights firmly set on the 1888 Universal Exhibition. The result was a park which the architect Josep Fontseré adapted to the needs of the world fair.

Relics of the exhibition can still be seen today in the Parc de la Ciutadella, with buildings such as the Castell dels Tres Dragons, which occupies the original restaurant designed for the exhibition by Domènech i Montaner, the waterfall and lake, designed by Fontseré, and the beautiful plant house, the Umbracle, and glass house, the Hivernacle. Barcelona Zoo has stood on the other side of the park since 1892. The Catalan Parliament stands in the parade ground, in the former military arsenal of the citadel. Nearby, you can see a replica of Josep Llimona's beautiful sculpture "El desconsol" (Distress), which is one of the most important pieces of public art in the park.

A giant mammoth and a bandstand are among the other elements which surprise visitors to this vibrant central park in Barcelona, which covers an area of 18 hectares. 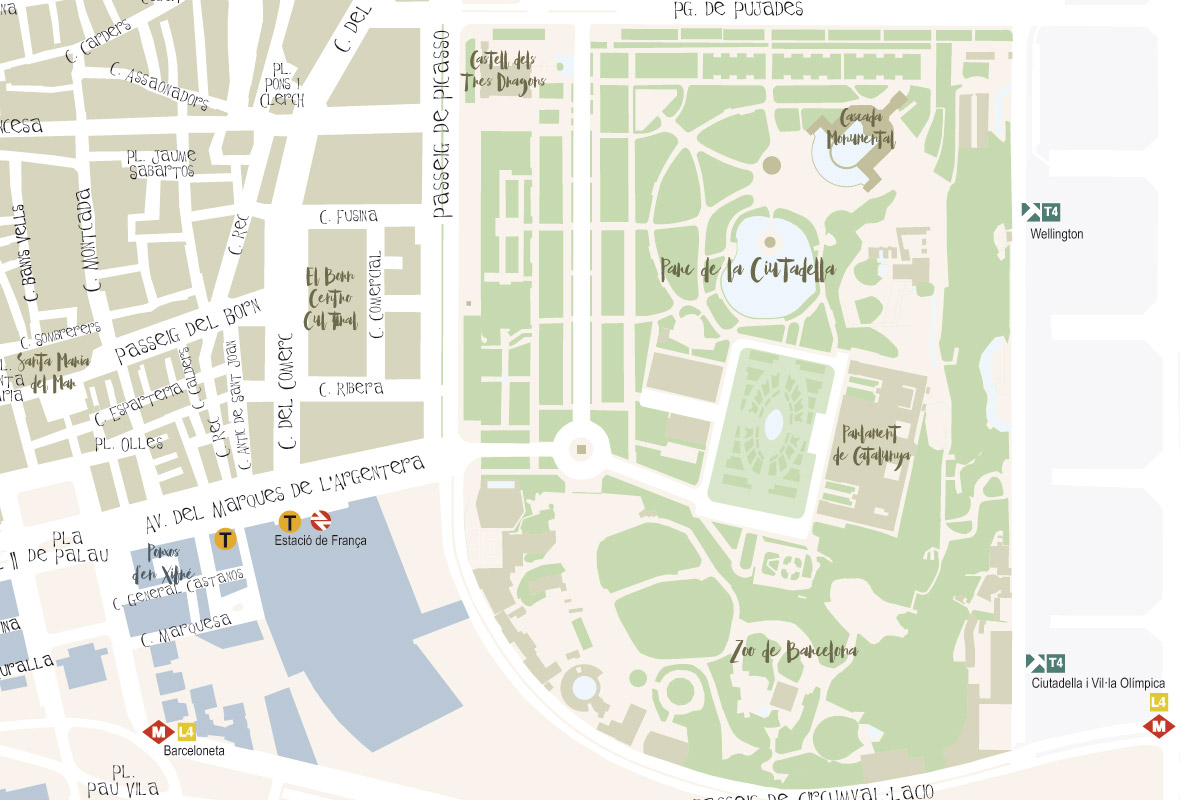