We invite you to visit the headquarters of one of the oldest parliaments in the world, Parliament of Catalonia, and know their roles

Following Barcelona's protracted resistance to the siege by Franco-Spanish troops, which was finally crushed on September 11th, 1714, the conquering Philip V felt the need to stamp his authority on Barcelona and thereby subject the whole of Catalonia. Today's Parliament Palace is the former arsenal of the fort he had built in order to achieve that aim.

Free entrance
Only for groups. We must make a reservation.
The visit will take place whenever the parliamentary activity is not prevented.
Duration: 45 minutes. 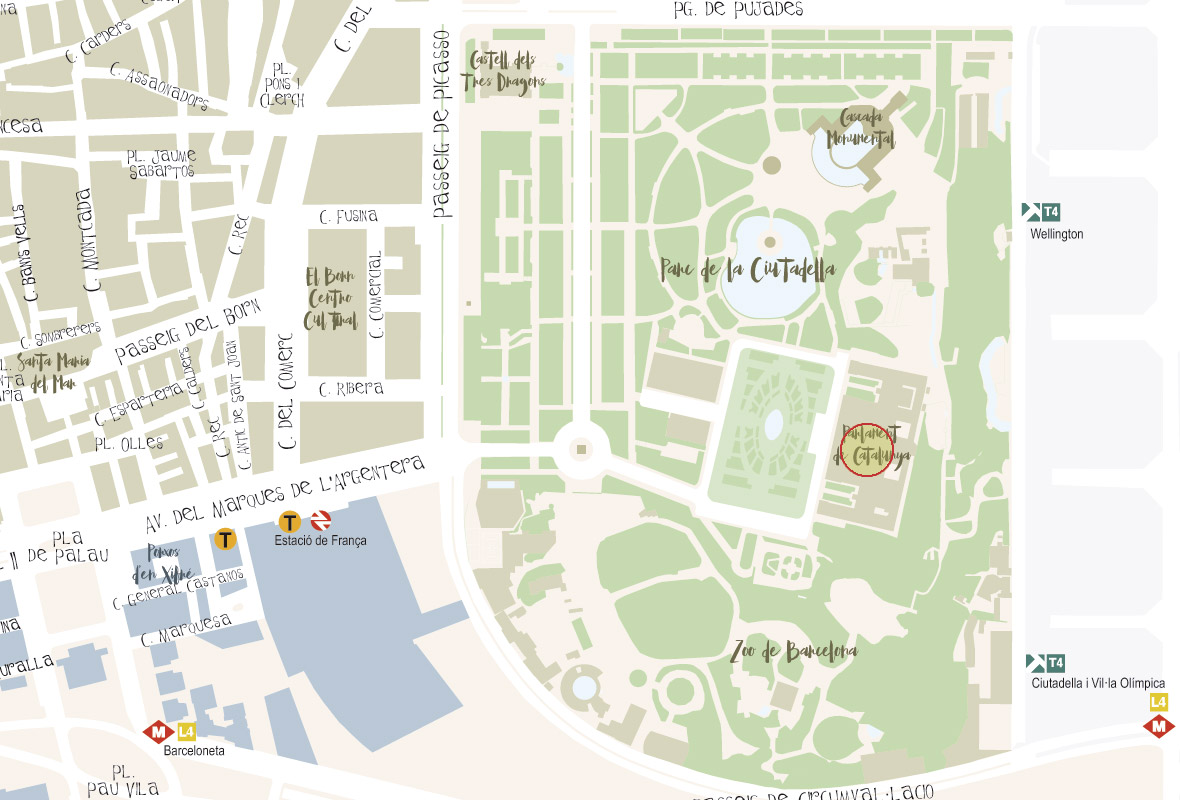