One of the many pleasures to be enjoyed in the Parc de la Ciutadella is a row around the boating lake in front of the monumental waterfall with its statue of Venus in the centre.

The young Antoni Gaudí is said to have worked on the design of some of the ornamental features on the waterfall in the Parc de la Ciutadella, such as the rocks and iron poles. It was 1878, and Barcelona was readying itself for the Universal Exhibition it was due to host ten years later. We know for certain that the fountain is by the architect Josep Fontseré, who also designed the Parc de la Ciutadella for this important occasion. The waterfall encircles us, opening like a giant crab, its claws forming a staircase that allows us to take a closer look at the sculptural elements. The wrought-iron sculpture of Aurora in her chariot rises up majestically at the top. Below it stands a stone statue of Venus on a shell above the peaceful waters of the fountain. 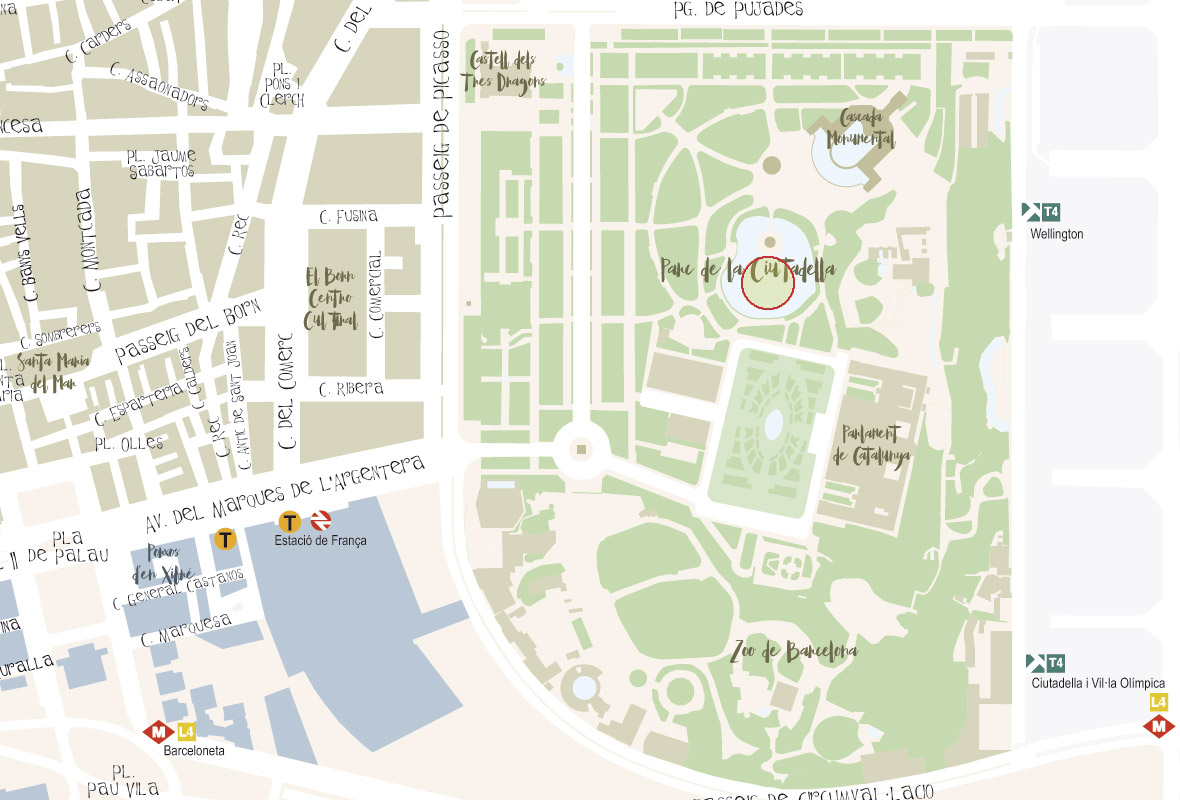