The popular name Canaletes has direct associations with the sporting victories of the local team, Fútbol Club Barcelona. The followers of Barça have gathered here since the early 20th century. As long ago as the 1930s Barça fans, known as “culers”, flocked to La Rambla to find out their team’s scores. These would be written on a blackboard right in front of the offices of the newspaper La Rambla, which stood on this spot. However, the name Canaletes dates back to the 14th century, and refers to the water channels that brought water down from the Collserola Ridge to Barcelona. Later on, in the 18th century, a university known as the Estudis Generals was built on this site and the water jet was used to create a fountain.

The demolition of the university at the end of the 19th century resulted in the construction of the Canaletes fountain in its present form: an iron monument comprising four water spouts which are surmounted by the shield of Barcelona. The fountain is crowned by a streetlamp with four arms. A symbol of the city and a meeting place where many visitors stop every day for a drink of water. Legend says that anyone who drinks from the fountain will fall in love with Barcelona and return to the city time and time again. 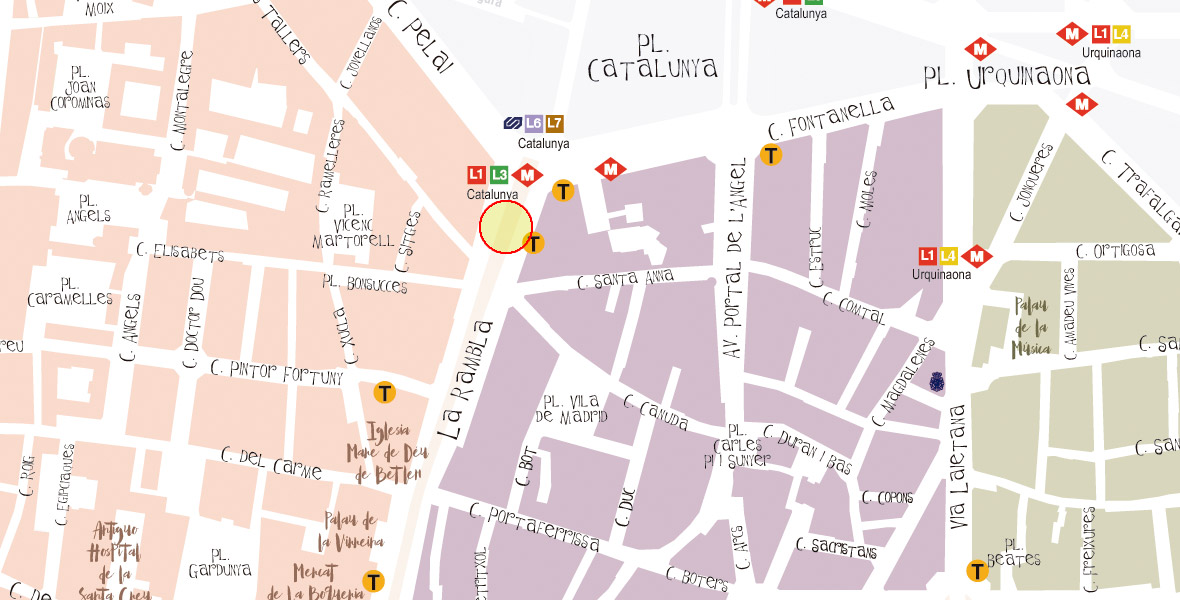