An area of the old town, Ciutat Vella, which reveals Barcelona's Roman past

Surrounded by buildings with elegant façades, the square contains the most important burial site from the Roman city of Barcino.

The Plaça de la Vila de Madrid was laid out in the 1950s, on a site formerly occupied by the convent of Santa Teresa de les Carmelites of Barcelona, which had been destroyed by fire in 1936. An ancient Roman necropolis was unearthed during building work and integrated into a landscaped area. A raised walkway provides views of 70 tombs dating from the 2nd and 3rd centuries AD, and reveals how the Romans built their cemeteries outside the city walls, next to the Roman road and in a line, like a retinue that would bring them closer to the afterlife. The stone tombs in the necropolis were in keeping with the taste of the citizens of Barcino.

There are residential buildings around the Plaça de la Vila de Madrid and the necropolis burial site, which were designed by Adolf Florensa in the 1950s and 1960s, in a sober style characteristic of the 19th-century houses in this area of Barcelona city. The Palau de Savassona, which is the home of the city's athenaeum, the Ateneu Barcelonès, occupies a corner site in the square. In front of the Ateneu, there is a fountain topped by a white-marble statue of a maja madrileña, a girl from Madrid in typical dress, by Lluís Montané, which dates from the same period. A discreet plaque commemorates the victims of the Madrid terrorist attack of 11th March 2004. 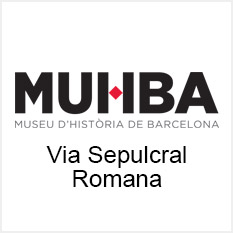 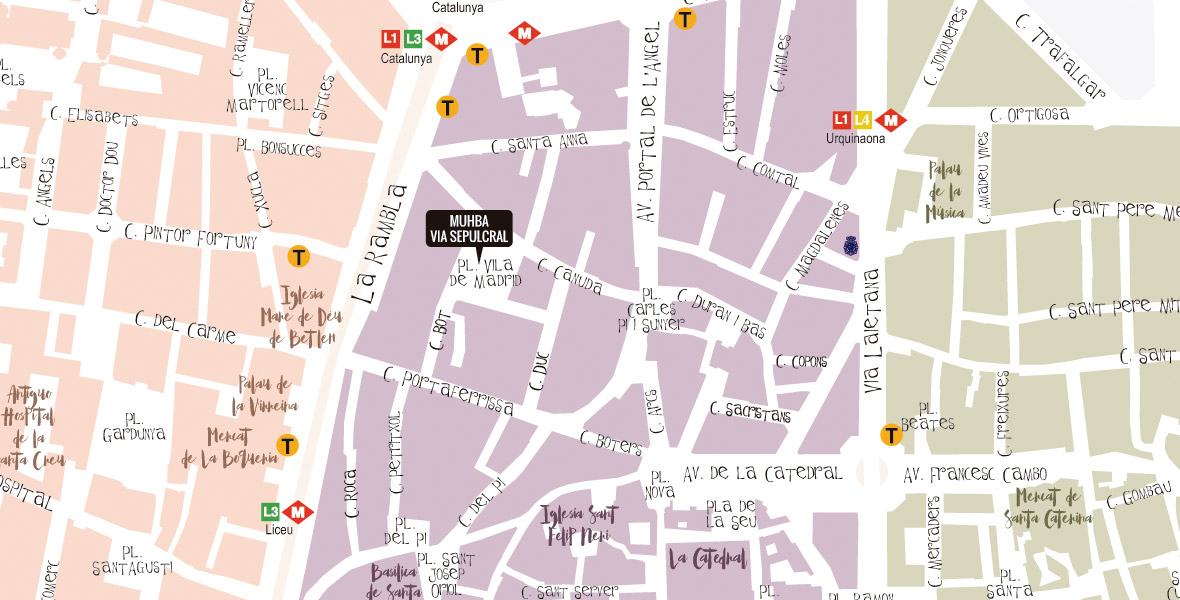