The Old Convent of St. Augustine was a convent of the Order of Saint Augustine located in the Ribera district of Barcelona

Its construction began in 1349. After the siege of 1713-1714, due the construction of the fortress of the Citadel, the Augustinians were moving in the Raval neighborhood, at Hospital Street, where between 1728 and in 1750 they built a new church and convent of San Agustin new.

Most of the old convent of La Ribera neighborhood was converted into a barracks and now hosts the Civic Center Old City, the Photographic Archive of Barcelona and the Chocolate Museum. The Old Gothic monastery of St. Augustine, built between the fourteenth and fifteenth centuries, preserved elements of the old convent, and the west wing of the cloister (1473-1478), which was restored and a side of the church. 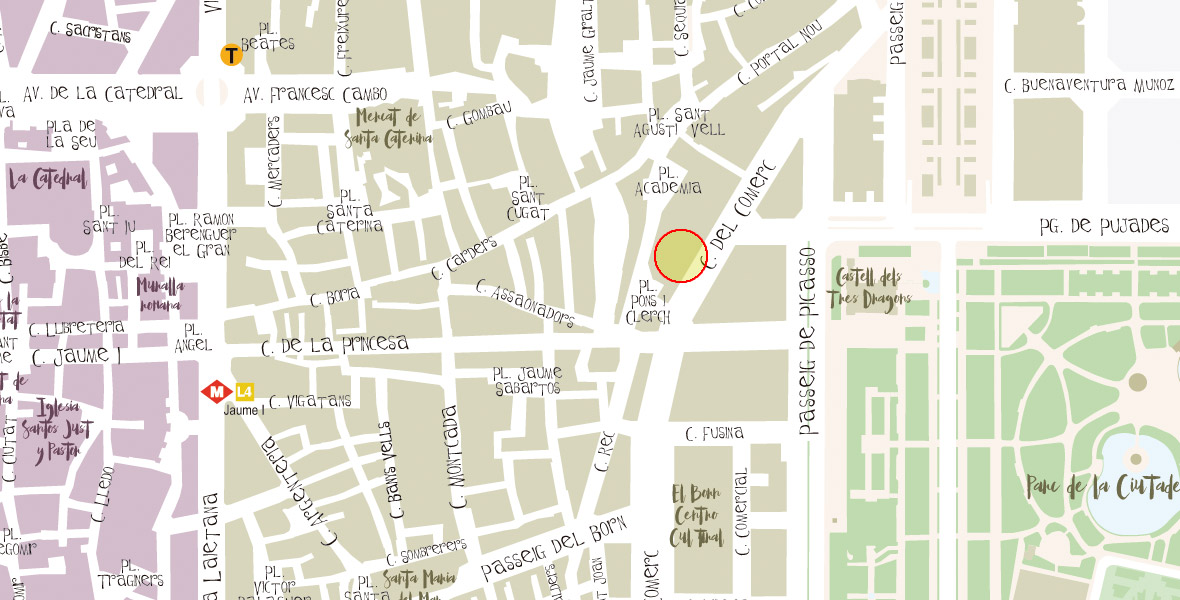