City Hall, also known as the Casa de la Ciutat, stands on one side of the Plaça Sant Jaume, right in the middle of Barcelona's Gothic Quarter

The neoclassical façade conceals Gothic gems such as the historic Great Hall, or Saló de Cent, designed by Pere Llobet and built in the 14th century. There is a tourist office on the ground floor of the building.

In the ancient Roman city of Barcelona, the Plaça Sant Jaume was the site of the Forum, the meeting place and stage for political debate. It could be said that the square continues to fulfil the same role today, as it is flanked by Barcelona's two political powerhouses: Barcelona City Hall and the seat of the Catalan government, the Palau de la Generalitat de Catalunya. Historically speaking, the city's first form of government was the Consell de Cent, or Council of the One Hundred, which used to meet in the Great Hall, the Saló de Cent, from 1373 until it was dissolved in 1714. This magnificent Gothic-style chamber is included on the Barcelona City Hall tour. Other highlights include the Saló de Cròniques, or Hall of Chronicles, decorated with murals by Josep Maria Sert (1928) which change perspective depending on the angle you look at them from. The City Hall's lobby and Gothic staircase are a veritable art gallery with sculptures by artists including Gargallo, Llimona, Navarro, Subirachs, Marès, Miró and Clarà. 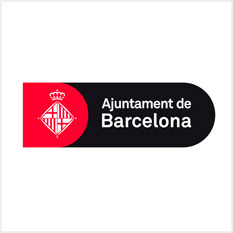 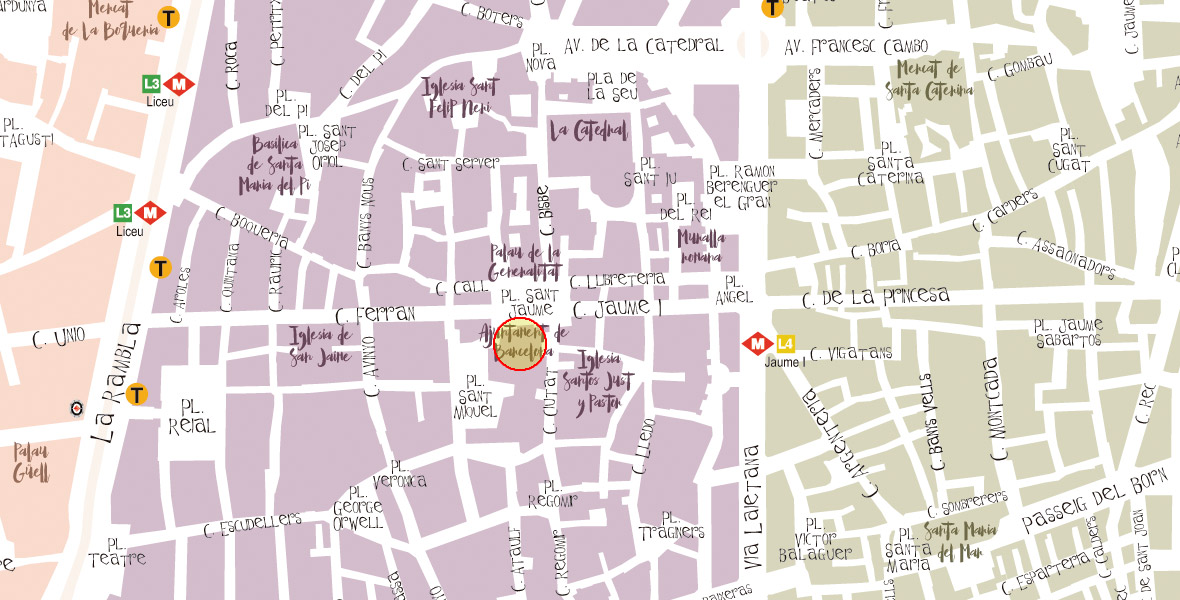