A look at the courtyards and high-ceilinged rooms which today house the Catalan library, the Biblioteca de Catalunya, art schools and other cultural organisations, will take you back to the atmosphere of a bygone age.

The former Hospital de la Santa Creu is one of the finest examples of Catalan civil-Gothic architecture. Building work began in 1401, with the purpose of bringing together Barcelona's six hospitals on one site. The building we see today is the result of refurbishments carried out a century later. Today, as we enter the Biblioteca de Catalunya, housed on the first floor of the three sections of the former hospital complex, we discover an open-plan space without columns: the hospital wards were located here. The rooms have extremely high, pitched wooden ceilings, unlike the ones on the first floor, which house two public libraries. The latter have Gothic cross-vaulted ceilings and used to house the administration department, kitchen and laundry. The architectural ensemble is completed by the former convalescent home, the Casa de la Convalescència, now the head office of the Institut d'Estudis Catalans; the beautiful Reial Acadèmia de Medicina; and the old hospital chapel, which is now an exhibition space.

In 1929, the hospital moved to a new modernista complex the Hospital de la Santa Creu i de Sant Pau. The old hospital, which had become obsolete, was declared a Historic and Artistic Landmark of National Interest. 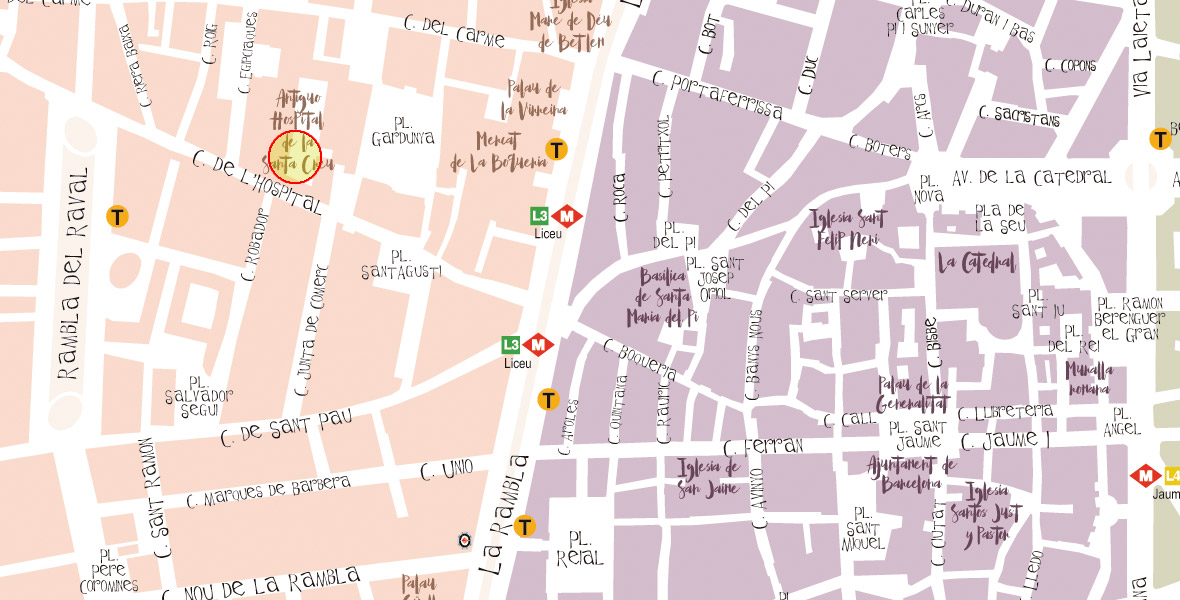