The Gran Teatre del Liceu, was founded on the Rambla in 1847 and has continued over the years to fulfil its role as a culture and arts centre and one of the symbols of the city.

Today it is publicly-owned (by the Government of Catalonia, Barcelona City Council, Barcelona Provincial Council and the Ministerio de Educación, Cultura y Deporte) and administered by the Fundació del Gran Teatre del Liceu which, in addition to the aforementioned bodies, incorporates the Patronage Council and the Societat del Gran Teatre del Liceu (the old society of owners).

The Liceu evolved out of the Sociedad Dramática de Aficionados (Society of theatre-lovers) set up in 1837 at the instigation of Manuel Gibert in the former convent of Montsió by members of the National Militia, an organization of armed citizens with liberal leanings.

Barcelona's economy and population were growing fast at the time and the city needed a music conservatory. This led to the conversion of the Sociedad Dramática into the Liceo Filármonico Dramático Barcelonés de S.M. la Reina Isabel II (Barcelona Dramatic and Philharmonic Lyceum of HM Queen Isabel II).  In addition to its theatrical activities, the new organization cultivated Italian-style singing and music.

Guided tour: Monday to Friday. At 9:30am and 10:30 am.
It includes visit to the Lobby, the Concert Hall, the Hall of Mirrors and the Circle del Liceu, which houses one of the finest collections of modernist Catalonia.
Duration: 50 minutes.

Express visit: From Monday to Sunday.
It offers the possibility of visiting the most representative: Hall, Concert Hall, Hall of Mirrors and Foyer.
Duration: 20 minutes. 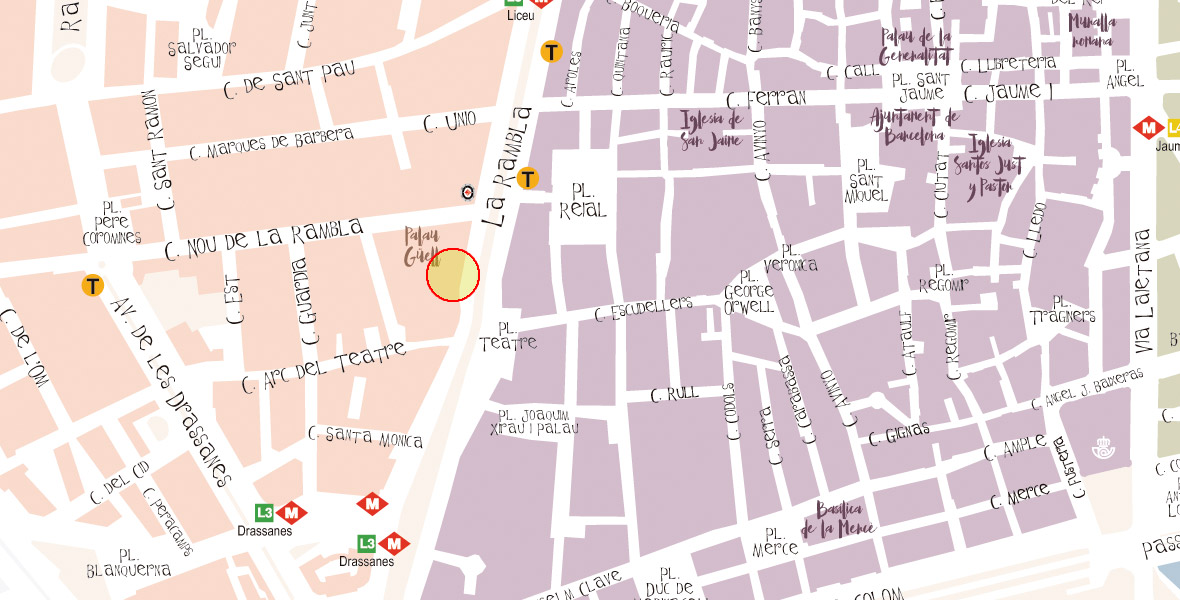