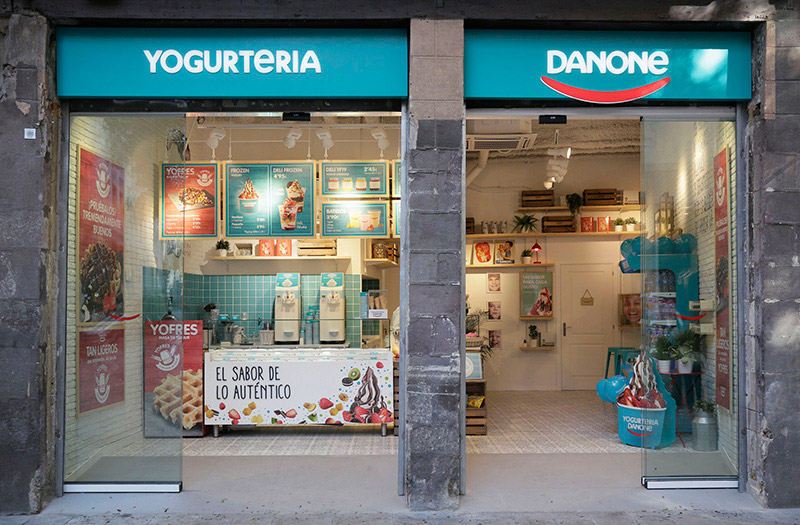 Danone opened in the 49th Argentería street in the district of Ciutat Vella of Barcelona, the new flagship of its "Danone yogurt shop", near where he was born more than 95 years ago the company.

It has been run directly by Danone, it has a selling space of frozen yogurt, which can also be found other exclusive products and new Yofres, the first mass waffles made with yogurt, and other specialties such as yoghurt Delis Yogurt.

A few meters away is the "Danone 1919 Workshop", a multipurpose space that is used for training and holding events for franchisees and business partners and in which activities for the general public will also be organized.

As Retail & Agate Gelaberto New Bussiness Manager of Danone explains, "the new Danone yogurt shop offers a new image of the business. It is a commitment to authenticity, with new recipes and products made from yogurt to offer customized and tailored to consumer preferences, quality and confidence of the Danone brand "experiences."

The new opening is part of an expansion of the brand, through which it seeks to open 15 new stores between 2015 and 2016. With this opening, and eight have been recorded so far this year, the rest through franchisees or agreements with partners for leisure or restoration.