In 1597, the Hospital of the Holy Cross began to raise Comèdies house in an orchard called "d'en Trenta Claus". The building destroyed by fire in 1787, and returned the following year to work with the name of Santa Cruz Theater, which later changed to Principal. In 1915, after the disappearance of the historic theater consumed by another fire, it was rebuilt under the name of Principal Palace. In the front of the theater is embedded dome that forms the entrance to the street. 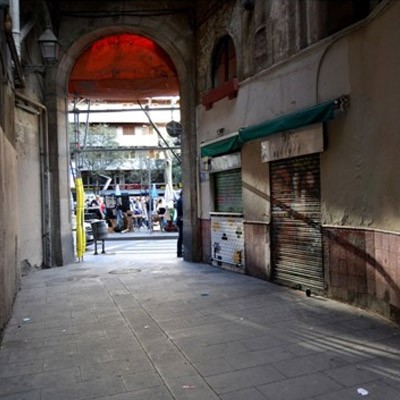